While the nation is currently going through political correctness, with presidential election results disputed, all is not lost as we may decide to refresh our minds by reflecting and rediscovering a still relevant model of political thought capable of correcting the worlds political insensitiveness.

The above may induce searching minds to say where does this relevant model know that correcting political bickering could be progressive for any nation. Can Malawi attempt to achieve such a relevant model? If yes, one may wish to know its architect.

Getting into the library of Michael Hart, we are able to read his 1978/1992 book, The 100: A Ranking of the Most Influential Persons in History. This book ranked Prophet Muhammad (Peace be upon him) as the first among those most influential persons of the world. Michael Hart, an American Astrophysicist made this judgement even though he described himself as a white separatist!

Undoubtedly, Prophet Muhammad (Peace be upon him) is regarded as a social reformer and political thinker. His political thought is derived from the Noble Qur&#39;an and his own teachings. His teachings were not confined to imparting spirituality and religious fervor, but rather it taught people, how to be involved in all walks of life with excellence of character.

According to professor of Arabic and Islamic Studies (1964-1979) at Edinburgh in Scotland, William Montgomery remark that, &quot; We may distinguish three great gifts Muhammad (Peace be upon him) had, each of which was indispensable to his total achievement.

Ignoring the two and just pick one there is what may be called his gift as a seer. Through him – the Arab world was given an ideological framework within which the resolution of his social tensions becomes possible. Are the resolutions of today&#39;s political and social thoughts help solve existing tensions?

Today it remains unchallenged that his political principles are capable of correcting deficiencies in modern political thought. For instance the State of Nature and Social Contract, which holds the idea that, &quot;The anarchic nature of human beings, in the absence of a sovereign authority is prone to give rise to conflicts and clashes among societies.&quot;

In our rediscovering, we note that in the 7th century, Prophet Muhammad (Peace be upon him) had already proposed the above contract, but in a more principled manner. He overtly opposed all sorts of leaderless ventures, even if only when on a journey suggesting that, &quot;if three are out in a journey one should be made a leader.

Furthermore, the 7th century Social Contract proposed by Muhammad (Peace be upon him) invite for active participation by the ruled and a stricter adherence to the agreed upon contract by both ruler and ruled. Very recent the world advocate for citizen participation.

While the Prophet Muhammad&#39;s (Peace be upon him) political theory is full of valuable entries, we may not forgotten to mention one remarkable point, which called for rulers to be held responsible for seeking Shura (consultation with the ruled) where the masses may caution the leader if he ever go astray.

Conclusively, even the modern theory of “the end justifies the means” seem not compatible with Prophet Muhammad (Peace be upon him) political thought. The Prophet’s principles prescribes that both “the means and the end” must be “fair and true” to existing conditions. 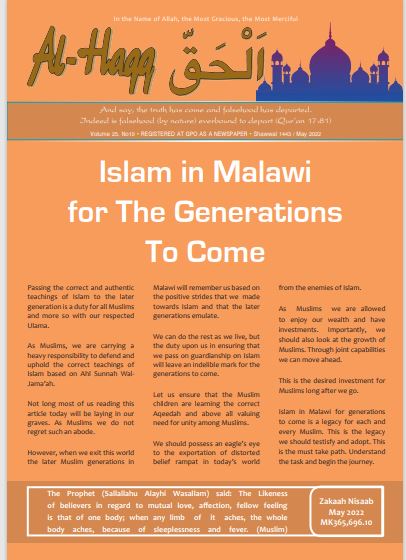